You want to win chessgames? Let’s checkmate our opponent!

While every game of chess will be different, there are some motifs you should know as a chess player. Once you’ve learnt these, it will take you no time to spot a chance for a checkmate!

Let’s get this out of the way:

A checkmate occurs when the king is threatened and there is no way to remove this threat!

As I have covered before, there are always three ways to get out of a check:

If you do not have any of these options available, you are checkmated!

The different patterns will arise with a different frequency, especially based on you and your opponent’s skill level. Not many top guys will ever be bankrank checkmated, while this will occur from time to time with lower rated players.

No matter how often they happen, if you do know of all these patterns, they will increase your chance of spotting an easy win or a beautiful ending. Simply put:

As a chess player you want as many weapons as possible in your arsenal!

In the list below, you can quickly get to “your” checkmate by clicking on it. We will look at these checkmates:

In the first 10 checkmates we will look at these with the fewest possible pieces involved. In-game this will look different. 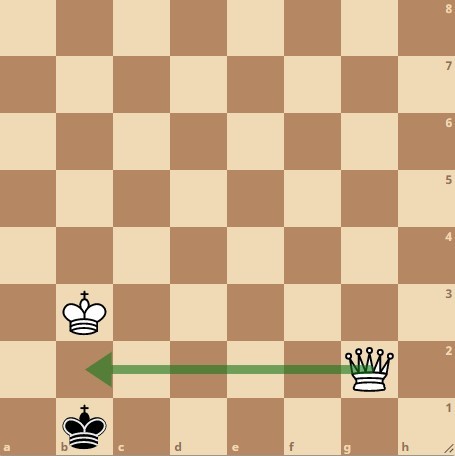 Here, the queen provides the checkmate, while the king supports the queen. 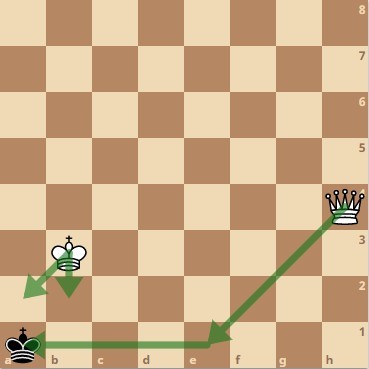 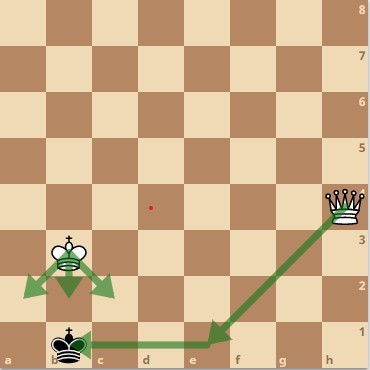 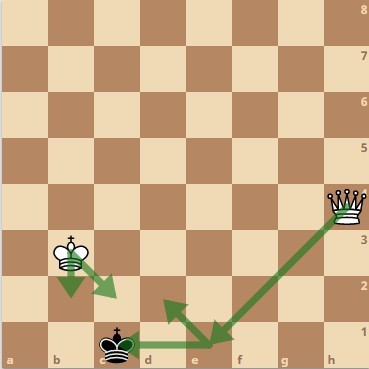 All of these three mating patterns are a result of the queen and the king cooperating to box in the black king. The white king takes away the squares on the second rank, while the white queen gives the check along the first rank, taking away all the squares along this rank as escape squares. Only in the ‘outer row mate’ does the queen also aid with the second rank, as it takes away the d2-square. 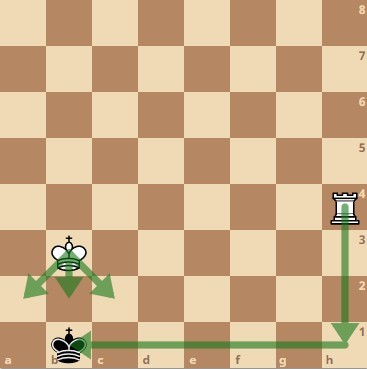 This one is quite similar to the queen+king-motif from the last bulletpoint. The king guards the second rank, as the rook gives the check along the first rank. 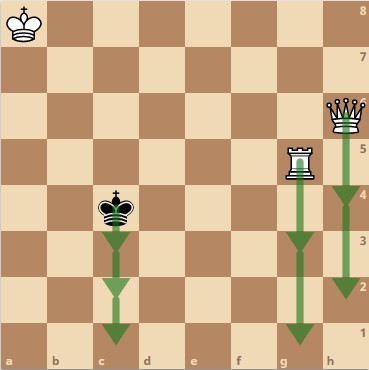 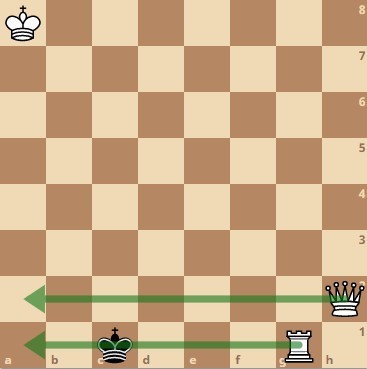 Here we use two major pieces to provide the checkmate. One guards a certain rank or file, while the other gives the check along the next rank or file. Now this one works as “the guard”, while the first one provides the next check. Eventually the black king has reached the end of the board, and thus is checkmated. 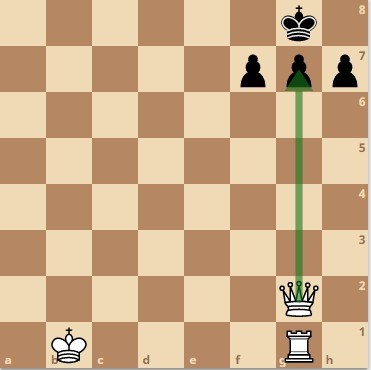 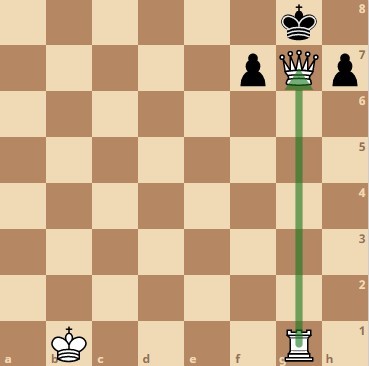 Two major pieces cooperate along a rank or file. One gives the checkmate, while the other one guards this piece. Often the queen will be the one providing the checkmate. 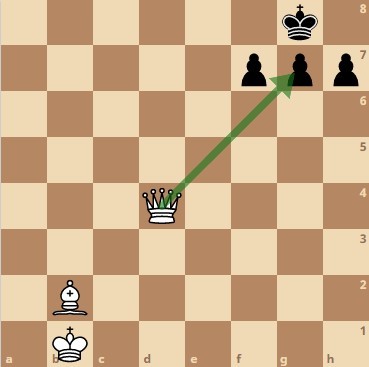 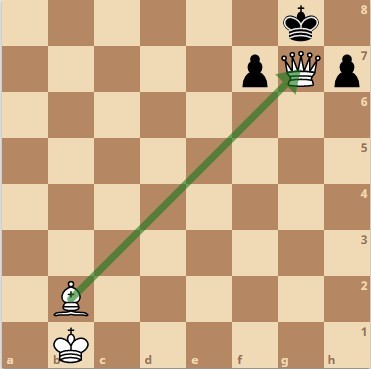 The bishop and the queen operates together, with the queen providing the checkmate, and the bishop guarding the queen. 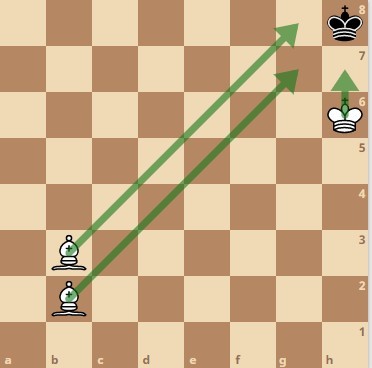 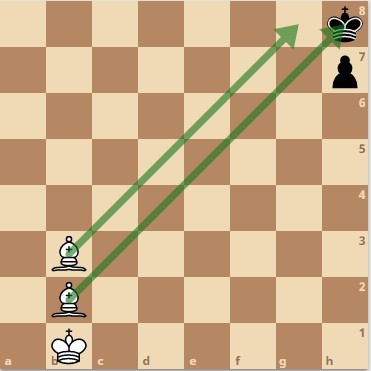 Two bishops can checkmate their opposition, but they will need some assistance. This can be provided by either one of their own, or one of the Black pieces actually hindering their own king (traitor!). 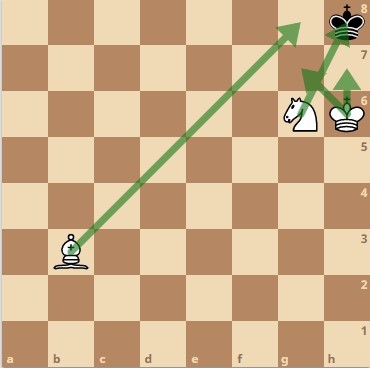 The same explanation goes for bishop+knight as for two bishops. As for forcing checkmate with K+B+N, albeit possible, this is known to be a bit more difficult than the K+B+B. 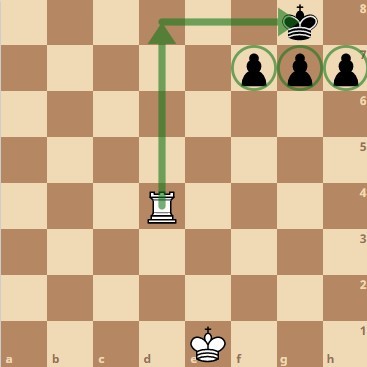 This is an in-game checkmate you don’t want to be on the receiving end of. It can often feel like quite the blow if you’re faced with this, as the position can be equal (or you might even be winning!), and in one move you’re checkmated!

One of the major pieces (in this instance a rook) provides the checkmate along the backrank. Black’s pawns hinder the black king to escape the check. 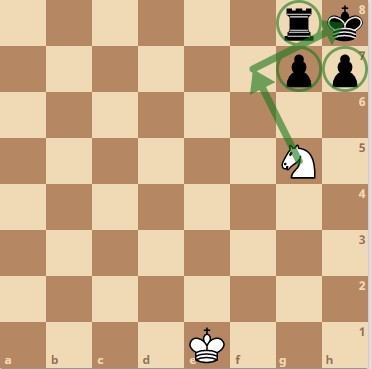 It’s not too often the knight get’s to checkmate, but here it does so due to the black king being boxed by his own!

This is not the case with a king and two knights. It is possible to checkmate, but only if black “helps” you. If black provides the correct moves, on the other hand, it is not possible to force a checkmate.

Don’t throw away a win!

You grinded down your opponent for hours, just to let the full-point become a half-point at the very end…

Six and a half hours of play, just to finish them off with a…blunder! So my 1 point looked like this on the scoresheet: “0.5”…

What is stalemate? It’s simply when it’s your opponent’s move, and they can’t move their king or have any other legal moves, but they are not in check! Here is one example:

Checkmates in the opening and in-game

The first two will not occur often. Barely ever, actually… But they are handy to know of, and might give you some quick wins!

This is a mate in 4. It can quite easily be avoided by the black, but in a careless moment, they will get checkmated in only four moves.

This one will pretty much never happen in a real game, as white has to play the “correct” moves to allow a mate in two. This one is more like a fun fact, so that you know what to say when somebody asks you “what is the fastest way to checkmate?” 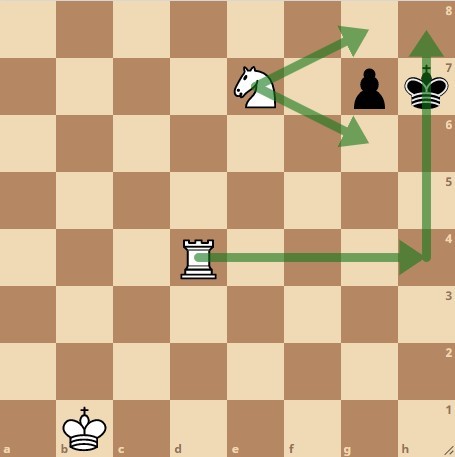 In this checkmate, our knight and rook combines to provide the checkmate, along with one of black’s own pieces. The white rook moves from d4 to h4. The black pawn and the white knight will cover the three squares on the g-file, while the rook checks and takes all the squares on the h-file. 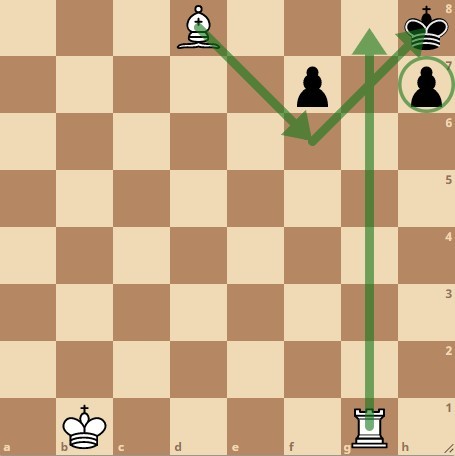 Now it’s the rook and the bishop’s turn to combine. The bishop moves from d8 to f6 and checks the black king. All squares around the king are covered, so again it’s checkmate.

Note how the black pawn takes away the escape route for the black king. 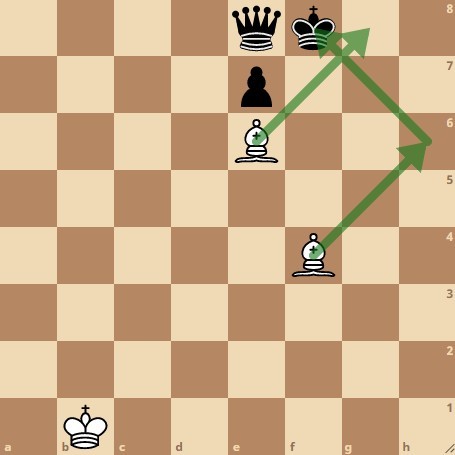 This is quite a cute checkmate, in my opinion! Here the two bishops work together, criss-crossing the black king.

Time to put theory into practise, right? Thinking of what you’ve learned in this post, how would you go about checkmating your opponent in the following positions: 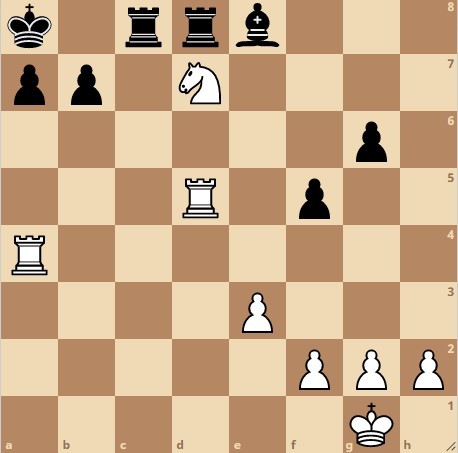 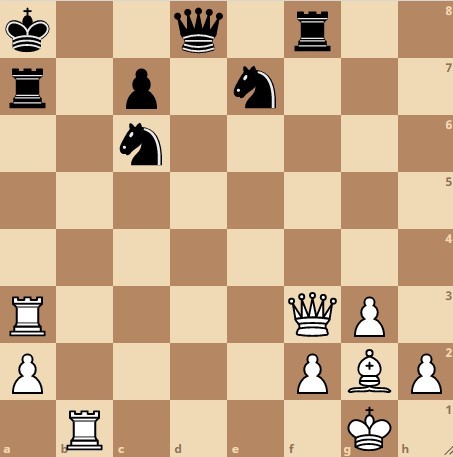 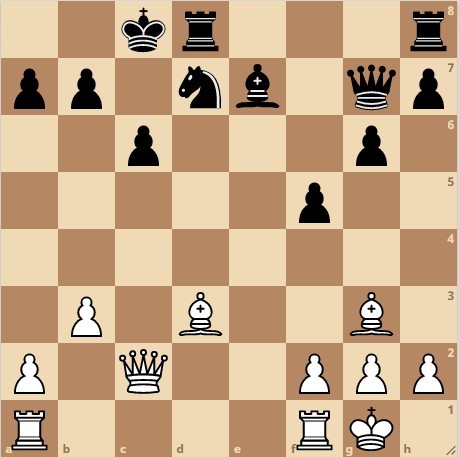 Have a hard think, and share your answers to the problems below!

I hope you learned something today, and please let me know if this information ever came in useful in one of your games!